All About the Birds

BCWC and the Massachusetts Audubon Society co-own and co-manage Dead Neck Sampson’s Island (DNSI). Did you know that DNSI is a private wildlife sanctuary where protected species of shorebirds, spend the spring and summer nesting and feeding? Read on to learn more about four feathered DNSI visitors. 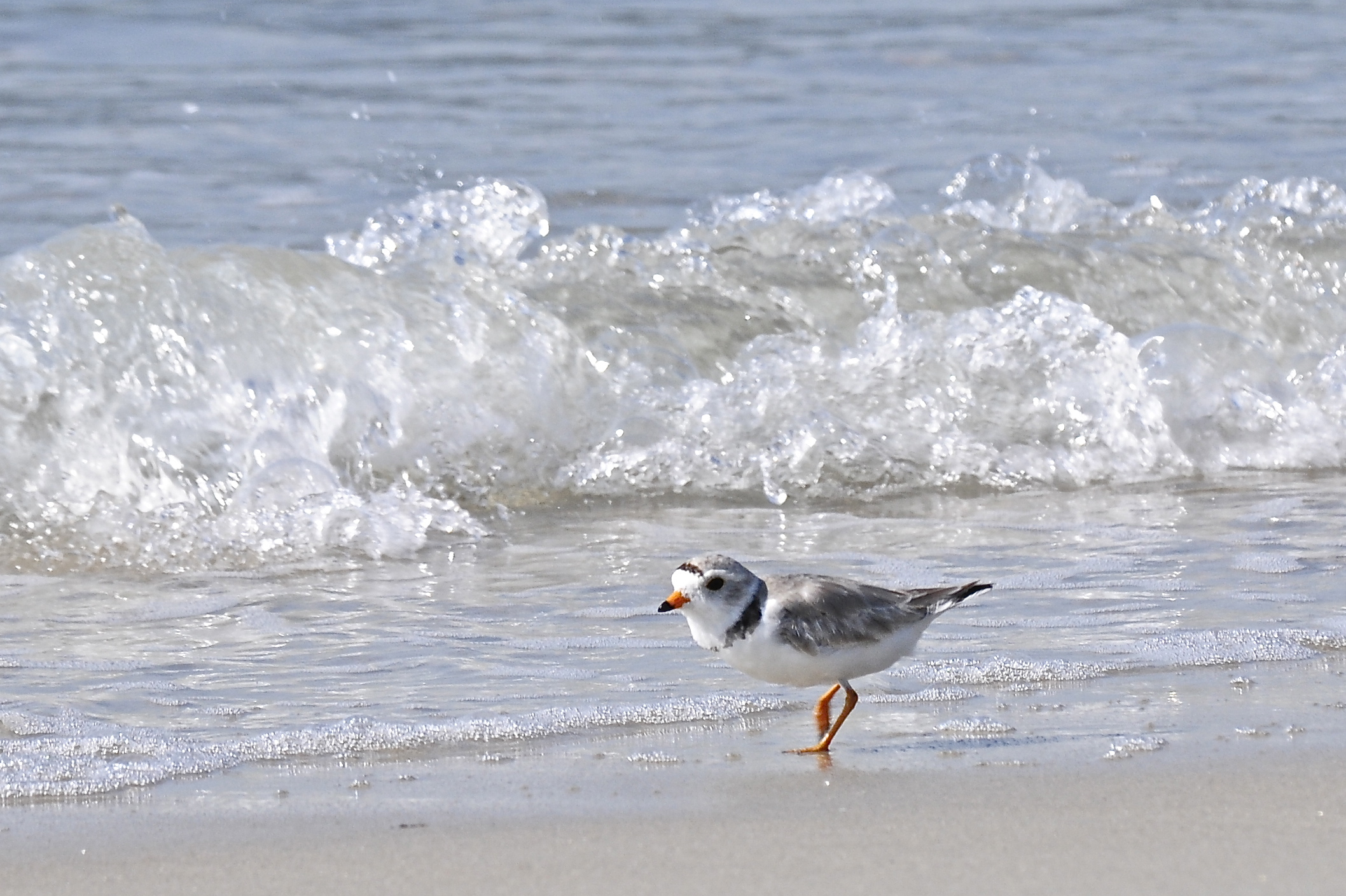 Lifecycle: Piping plover males are the first to arrive at the breeding grounds from mid-March to early April, with females following shortly thereafter. Males establish territory and build scrape (nest) above the high-tide line among rocks, dredge materials, vegetation, or blowouts. Females lay four eggs, one egg every other day, for a total of four eggs in a clutch. After a 25-day incubation period, the plover chicks hatch. Plovers are born with eyes open, down covering their body and can walk within a day or two of hatching, which means they are precocial like most shorebirds. It will be another 25 days before plover chicks fledge, when they are ready for flight or independent activity. Plovers leave for their winter grounds from late July through September. 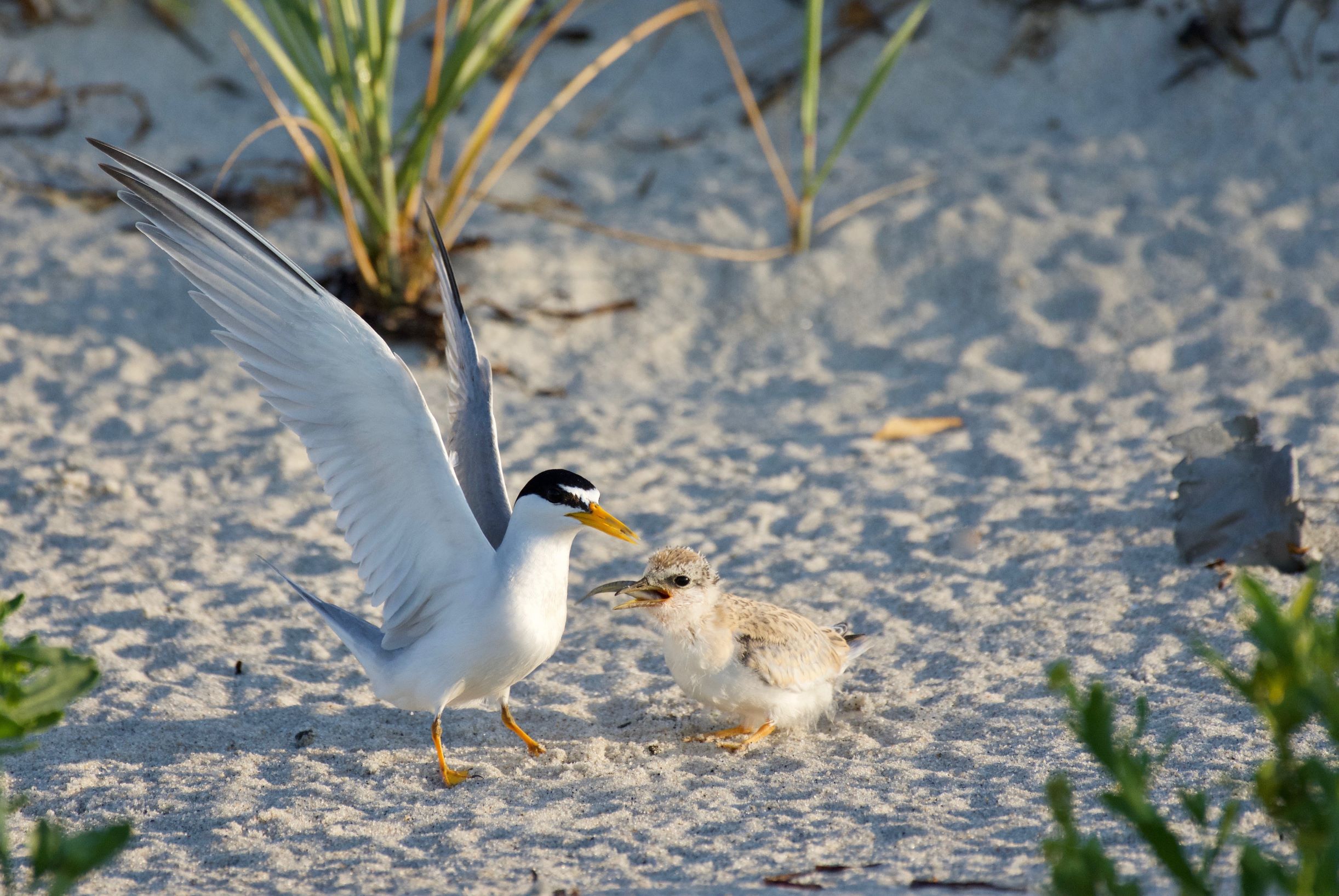 Appearance: 19-inch wingspan, 8.5 inches long, black cap ending at white forehead with a short white eyestripe, yellow bill with a black tip, short yellow legs, and a light gray back with a white underside. Least are the smallest terns in North America.

Range: Breeding: Maine south along the east and south coasts of the United States, Bermuda, the Caribbean, and Venezuela. Winter: Venezuela to northern Brazil.

Reasons for population decline: Loss of nesting habitat due to human recreation and residential development; vulnerable to predation by cats, dogs, and other predators that can destroy a significant portion of a colony’s eggs and chicks.

Lifecycle: Least terns arrive at breeding sites in April and nest in colonies, ranging from 10 to 1000s of pairs. Nesting begins in mid-May and runs through late-June. Each female lays one to three eggs, with chicks hatching after an incubation period of 21-23 days. The chicks are fed by both parents. After about 22 days, the chicks fledge but remain with parents for another two to three months. Terns begin migrating to winter grounds in late-August through late-September. 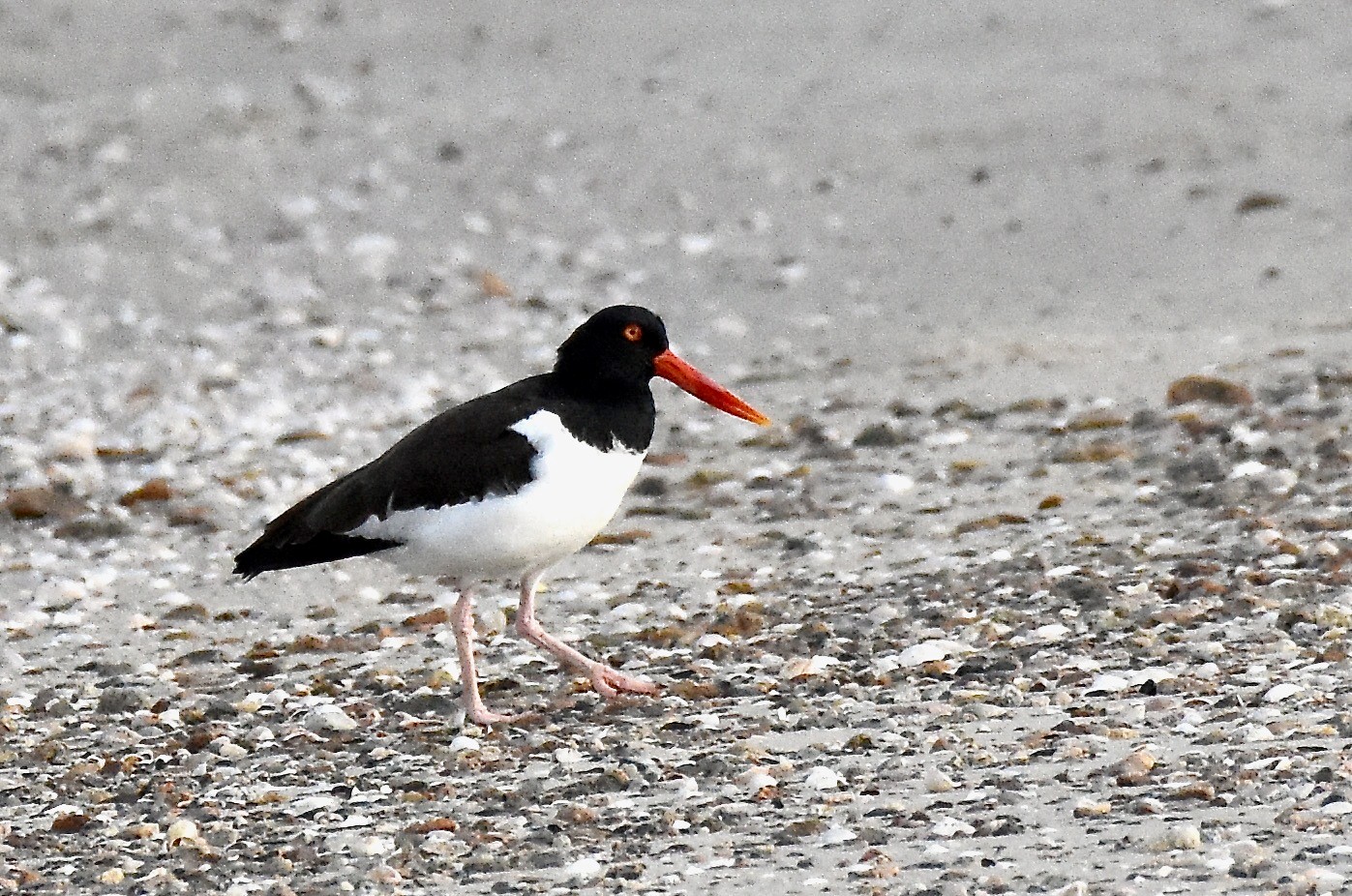 Appearance: 32-inch wingspan, 16 inches long, red-yellow eyes and a long, vivid red-orange bill, back and wings are brown, with a black head and breast, white underparts, pale pink legs, and white wing-bar and tail base while in flight.

Reasons for population decline: Hunted to near extinction in the 19th century for plumage and eggs, populations have increased significantly since the passing of the Migratory Bird Act of 1918.

Lifecycle: American Oystercatchers arrive at Massachusetts breeding sites in April and May, with their courtship and breeding sometimes lasting until July. It is not uncommon to find oystercatcher nests on high, sandy dredge spoils among tern colonies. These monogamous birds lay three eggs in a clutch. Both the male and female oystercatcher take turns incubating the eggs and defending the nests from predators. After 27 days of incubation, the chicks hatch and take another 35-45 days to fledge. Prior to fledging, chicks can dive and swim underwater to evade predation. After nesting season, oystercatchers travel south for the winter. 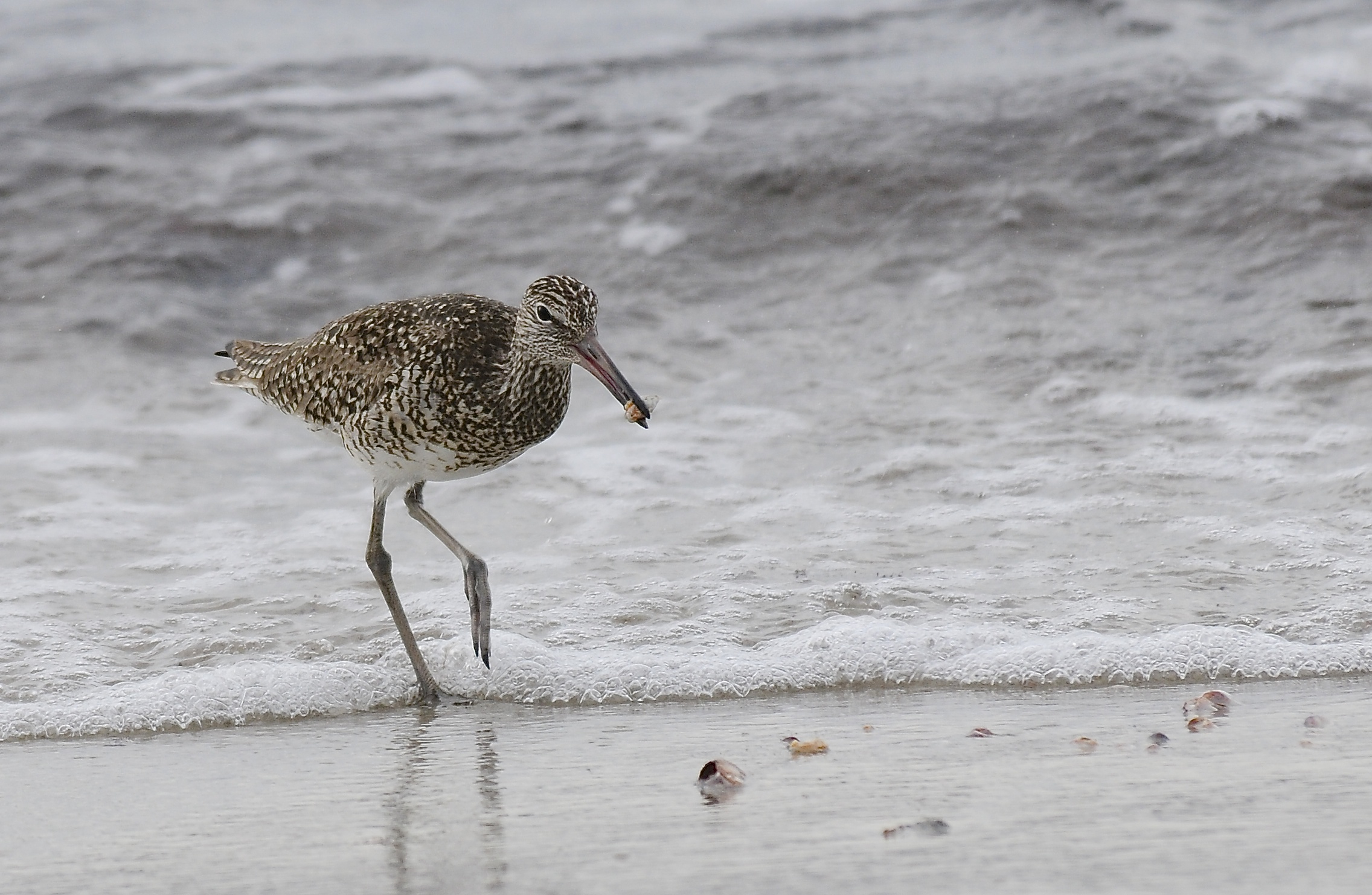 Range: Breeding: from central Canada to northeastern California, and from Nova Scotia along Atlantic and Gulf Coasts. Winter: along coasts from Oregon and the Carolinas southward.

Reasons for population decline: Widely hunted for food in the nineteenth century; loss of habitat.

Lifecycle: Willets arrive at breeding sites in April and May. Females and males pick a nesting site together. Breeding occurs from May through July. Females lay four eggs that are incubated by both parents for an average of 25 days. Once chicks hatch, they take roughly four weeks to fledge. Prior to fledging, the female willet departs the nest, leaving the male to finish raising the chicks. Willets will aggressively defend their territory throughout the breeding season.