On Dead Neck Sampson’s Island (DNSI), years of erosion and longshore drift have resulted in sand from the eastern end (Dead Neck) moving and depositing at the western tip (Sampson’s) of the island.

The recent three-year maintenance dredging project on DNSI that began in November 2018 wrapped up early in November 2020. Upon completion, over 133,000 cubic yards of dredge material had been removed from the western tip of DNSI. The material was placed at locations throughout the island for beach nourishment and enhanced nesting habitat for coastal waterbirds.

This partnership between BCWC, Mass Audubon, and the town of Barnstable should result in increased nesting on DNSI by protected shorebird species. 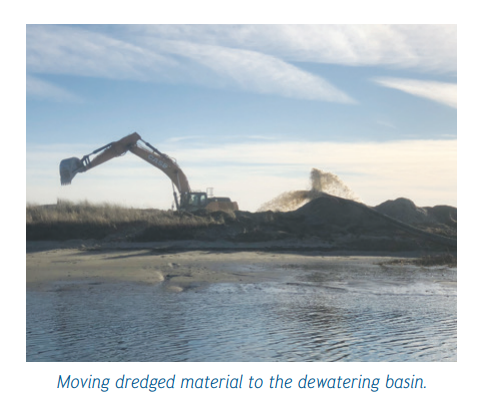 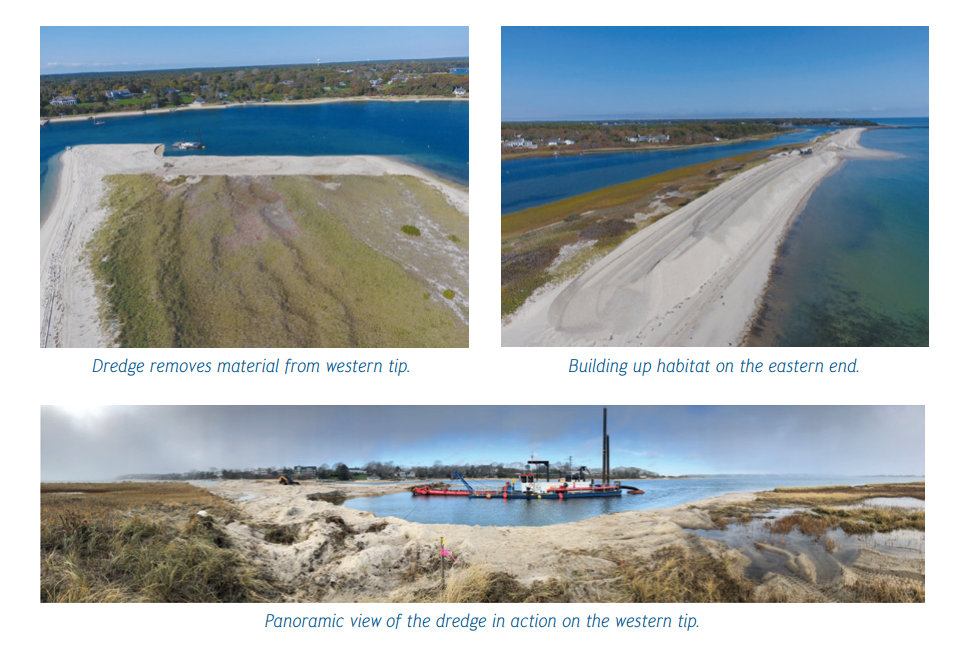 Previous StoryA Note from The Helm
Next StoryThe Herring Are Coming and We Are Ready (COVID-Style)!